Having just appeared on the market, Apple’s new flagships have already gathered a lot of feedback, and not all of it was positive. Last week, a buyer of iPhone XS Max discovered a vertical line running across the entire display. Today, the owners of ‘ordinary’ XS noticed another serious issue affecting the screen of the $1000 top-end smartphones. 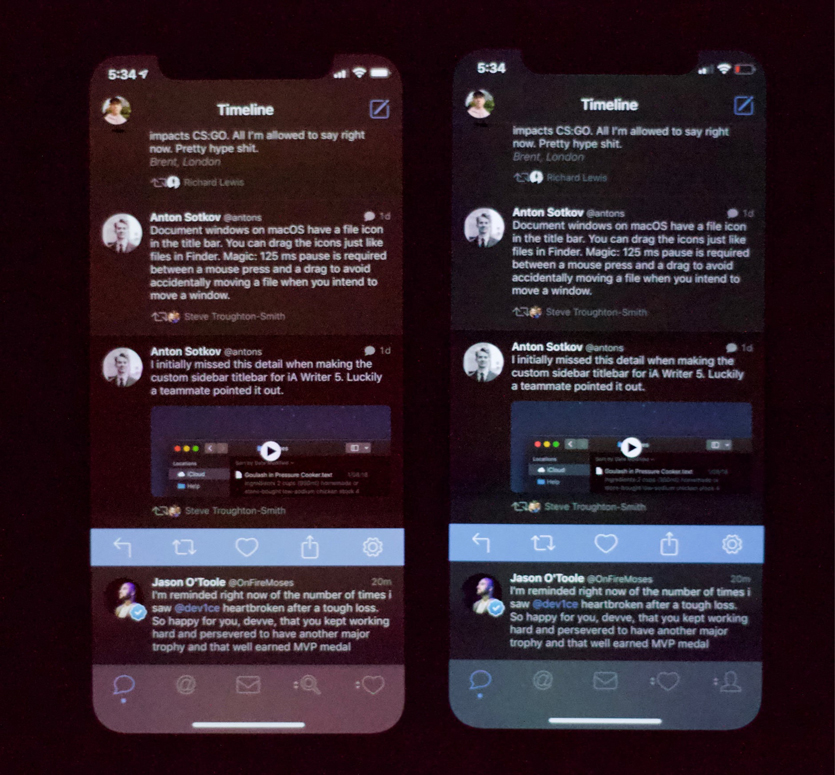 The redditor under the username u/Defyng published a post titled “My XS display looks awful at the minimum backlight as compared to my X” and attached a picture of the issue. At normal brightness, the color mapping problem is not visible. But if you reduce the screen brightness to the minimum, the smartphone’s display begins to show a brown-purple color instead of black. The redditor noted that the automatic brightness adjustment was turned off, as well as the Night Shift and True Tone features.

The frustrated iPhone owner also said that setting up a fully black theme helped to smooth over the unpleasant issue. However, the problem did not disappear completely: in apps, the upper and lower edges of the screen show a play of orange. A similar effect occurs when viewing dark images.

It’s not known whether the issue is caused by an incorrect factory calibration of the OLED display or the unsuccessful upgrade to iOS 12, about which some users complained earlier. A cause of the defect could be the possible use of LG matrices in the new iPhones. However, this information wasn’t published officially. Some iPhone XS owners confirmed in comments that they had run into a similar screen defect. The original poster decided to return his defective device through the AppleCare express service. Apple has not published any official statements regarding the issue.