After the launch of sales of the iPhone XS and its enlarged version XS Max, all kinds of tests and benchmarks of the smartphones began to appear on the web. The newcomers have already been tested for durability, and now their real battery life has become known as well. Apple claims the basic iPhone XS works half an hour longer than iPhone X, while the battery life of the larger iPhone XS Max has grown by 1.5 hours. 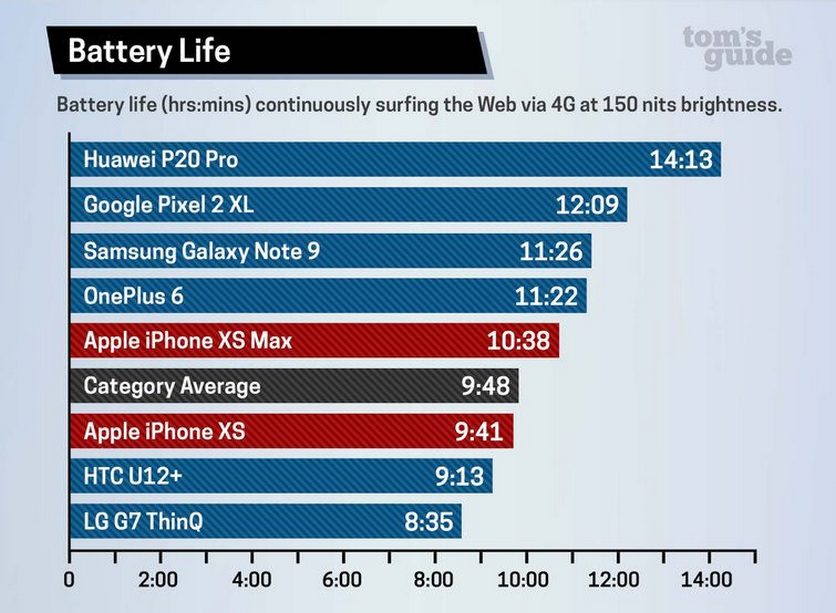 According to the test results of Tom’s Guide portal, the new iPhone of the basic XS version worked for 9h 41min, and iPhone XS Max for 10h 38min. For comparison, last year’s iPhone X lasted 10h 49min under the same testing conditions, while this year’s average battery life of smartphones is 9h 48min.

Employees of Tom’s Guide test all devices in equal conditions: they set the screen brightness to 150 nits, disable the auto brightness adjustment and all associated features, and then use the device continuously for web surfing until its full discharge.

Thus, the real battery life of the new iPhone is inferior to the 2017 model. However, it’s possible that the newcomers will indeed last longer while performing certain tasks.